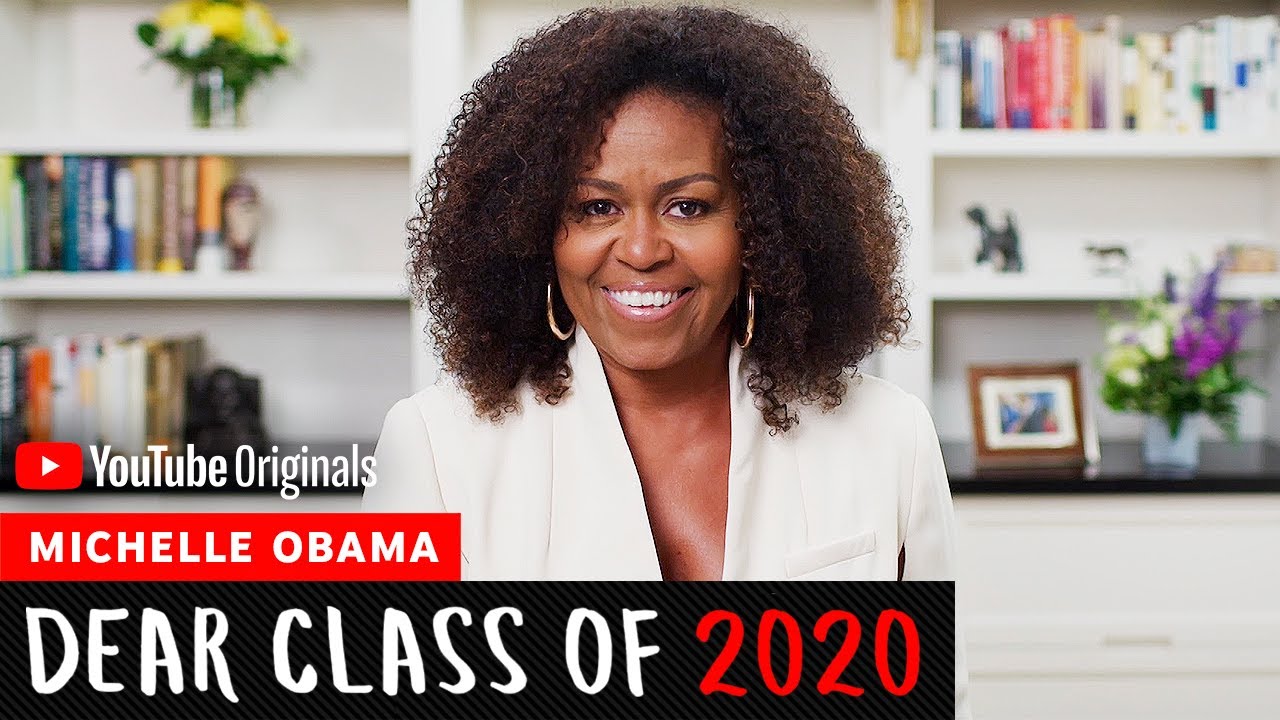 YouTube’s ‘Dear Class of 2020” livestream put out all the stops on Sunday, featuring musical numbers, poetry performances and countless appearances from stars like Taylor Swift, the guys of BTS, Jennifer Lopez and even Homer Simpson, whose advice to graduates was “love your neighbor, even if it’s Flanders.”

“Life gave you lemons, so we called Beyoncé,” teased Justin Timberlake at the start of the online event. As promised, the Lemonade singer gave graduates plenty upon which to reflect.

“You have arrived here in the middle of a global crisis, a racial pandemic and worldwide expression of outrage at the senseless killing of yet another unarmed black human being,” the star, introduced as Beyoncé Knowles-Carter, told viewers. “And you still made it. We’re so proud of you. Thank you for using your collective voice and letting the world know that black lives matter.

“The killings of George Floyd, Ahmaud Arbery, Breonna Taylor and so many others have left us all broken,” added Beyoncé. “It has left the entire country searching for answers. We’ve seen that our collective hearts, when put to positive action, can start the wheels of change. Real change has started with you, this new generation of high school and college graduates who we celebrate today.”

She went on to urge those embarking on the next chapter of their lives to tune out negative comments — “if you’ve ever been called dumb, unattractive, overweight, unworthy, untalented … well so have I,” she confessed —and to invest in themselves. To hammer in that latter point, she spoke of pushing back against a “very sexist” and “male-dominated” entertainment industry in order to control her art.

“Not enough black women had a seat at the table, so I had to go chop down that wood and build my own table,” she noted.

The former Destiny’s Child member highlighted not only black culture but also alluded to the LGBTQ community, which is currently celebrating Pride.

“One of the main purposes of my art for many years has been dedicated to showing the beauty of black people to the world: our history, our profundity and the value of black lives,” she continued. “Now I’ve tried my best to pull down the veil of appeasement to those who may feel uncomfortable with our excellence. To the young women, our future leaders, know that you’re about to make the world turn. I see you. You are everything the world needs. Make those power moves. Be excellent.

“To all those who feel different: If you’re part of a group that’s called ‘other,’ a group that does not get the chance to be center stage, build your own stage and make them see you. Your queerness is beautiful, your blackness is beautiful, your compassion, your understanding, your fight for people who may be different from you is beautiful. I hope you continue to go into the world and show them that you will never stop being yourself. That it’s your time now. Make them see you.”

Following a lighthearted first appearance alongside former President Barack Obama, who will give his own solo speech later on Sunday, Michelle Obama shared her own thoughts on the protests and the feeling of uncertainty brought on by these “tumultuous times.”

“Over these past couple months our foundation has been shaken,” she told graduates. “Not just by a pandemic that stole too many of our loved ones, upended our daily lives and sent tens of millions into unemployment. But also by the rumbling of the age-old fault lines that our country was built on. The lines of race and power that are now, once again, so nakedly exposed for all of us to grapple with.

“f any of you are scared, or confused, or angry, or just plain overwhelmed by it all, if you feel like you’re searching for a lifeline just to steady yourself, you are not alone,” she continued. “I am feeling all of that too. I think we all are.”

She went on to speak out against “decades of unaddressed prejudice and inequality.”

“For too many people in this country, no matter how hard they work, there are structural barriers for them that just make the road longer and rockier,” she noted. “And sometimes it’s almost impossible to move upward at all. Because what if you’re required to work during a pandemic, but don’t have enough protective equipment or health insurance from your employer, or paid sick leave? What is more essential: your work or your life? If you don’t feel safe driving your own car in your own neighborhood? Or going for a jog or buying some candy at 7-11, or birdwatching? If you can’t even approach the police without fearing for your life, then how do you even begin to chart your own course?”

“Sometimes it’s easier to stand with strangers at a protest than it is to challenge someone in your own backyard,” she said. “So if you hear people express bigoted views or talking down to ‘those people,’ it is up to you to call them out. Because we won’t solve anything if we’re only willing to do what’s easiest. You’ve got to make hard choices and sacrifice. If you’re spending a lot of time just hashtagging and posting, that’s useful especially during a pandemic, but it’s only a beginning. Go further. Send all your friends a link to register to vote. Text everybody you know to join you to exercising their constitutional right to protest.”

“Life will always be uncertain,” she added, but offered this tried-and-true piece of advice: “Treating people right will never, ever fail you.”

Turns Out, You’ve Been Pronouncing Denzel Washington’s Name All Wrong

How do I buy Dogecoin? Popular cryptocurrency expected to spike after Elon Musk hosts…

Bill Gates: 2021 was the ‘most unusual and difficult’ year of his life…