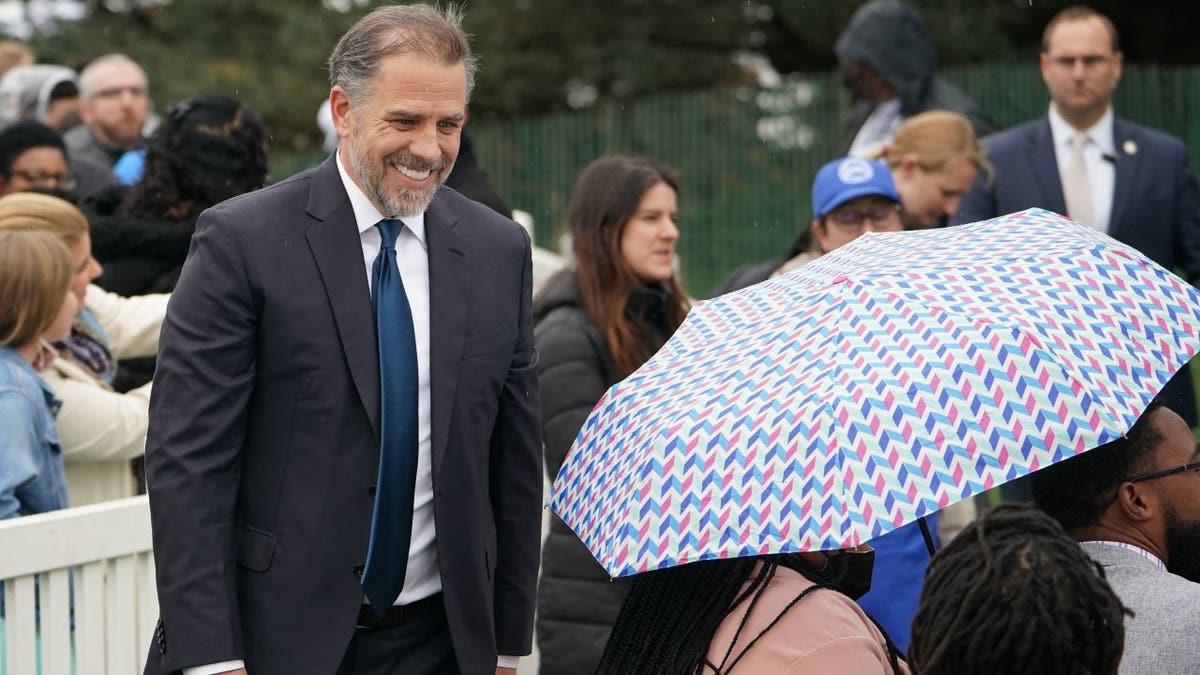 Hunter Biden sent an email to his brother’s widow, Hallie Biden, pressuring her to get an HIV test as their relationship deteriorated in July 2018, about a month before he fathered a child with another woman.

In an email titled, “YOU NEED TO GET TESTED FOR HIV HALLIE,” obtained by Fox News Digital, Hunter demanded that Hallie get tested for HIV and inform him of the results that day. The email also accused Hallie of turning Hunter’s niece against him and called on Hallie to seek “serious long term professional help.”

“You need to inform me of the result. TODAY,” Hunter wrote at the time. “I am getting tested today. I have been sick scared Hallie and you [hang] up on me. The love you give is so disturbing.”

“I love you [Hallie] even when you’re cruel,” he added. “GET TESTED AND TELL ME RESULTS Today.”

In earlier email exchanges that same month, Hallie called Biden a “passive aggressive a–hole” and Hunter advised her to “focus on your sobriety.”

“I hope you have someone to turn to in bed in my brothers’ house and that that act of love can be for him or her or them and not a secret someone,” Hunter wrote to Hallie on July 15, 2018. “And don’t feel as if you lost the two best men you or anyone could have ever even dreamed of.”

Hunter revealed the details of his affair with Hallie in his 2021 memoir “Beautiful Things,” explaining that he and Hallie started a relationship in 2016 about a year after his brother, Beau, died of brain cancer. Hunter said he successfully convinced his dad, now-President Joe Biden, to issue a statement condoning the affair in 2017 after he was initially reluctant to offer public support.

“We are all lucky that Hunter and Hallie found each other as they were putting their lives together again after such sadness,” the elder Biden said in a statement. “They have mine and Jill’s full and complete support and we are happy for them.”

Hunter was married to Kathleen Buhle but separated at the time of the affair, and the two finalized their divorce in April 2017. During that same time, while living with Hallie, Hunter started a sexual relationship with Hallie’s older sister, Elizabeth Secundy, in addition to ex-stripper Lunden Roberts.

In July 2018, the same month that Biden sent his email to Hallie demanding she get an HIV test, Hunter was infamously blacklisted from the Chateau Marmont hotel in Los Angeles due to his drug use over the course of five months staying at the hotel, according to Miranda Devine’s book “Laptop from Hell.”

One month later, in August 2018, Hunter’s child with Roberts was born.

Hunter and Hallie eventually split in late 2018, which became public in 2019. In one email Hunter sent to Hallie in December 2018, Hunter called her a “clueless, middle-aged, over botoxed flat a– loser.” One day later, Hallie responded, in part, “Please stop the nasty emails and anger. I’m not against you.”

Hunter’s jab at Hallie came in response to an email from the Beau Biden Foundation for the Protection of Children’s Vice-Chair Fred Sears to Hallie, Hunter, and Valerie Biden Owens, the younger sister of President Biden, discussing salary arrangements for Josh Alcorn. Alcorn was serving as the Beau Biden Foundation’s “Chief Operating Officer” at the time.

Biden initially denied being the father of Roberts’ child, claiming in his memoir that he had “no recollection” of Roberts. In January 2020, an Arkansas judge ruled that Hunter was the “biological and legal father” of Roberts’ child and ordered Hunter to pay back child support.

In February of this year, Roberts became the latest to testify in response to subpoenas issued in the Department of Justice’s investigation into Biden’s finances.

Hunter, who is now married to South African filmmaker Melissa Cohen, first revealed in December 2020 that his “tax affairs” were under federal investigation. David Weiss, the U.S. attorney for the District of Delaware, is overseeing the investigation.

The Senate Homeland Security Committee and Senate Finance Committee conducted an investigation in 2020 into Hunter’s foreign business dealings during his father’s tenure as vice president and discovered that there were at least four large transactions that banks flagged as “potential criminal activity” to the Treasury Department’s Financial Crimes Enforcement Network.

British military officer: Biden is more of a danger to the West than the Taliban