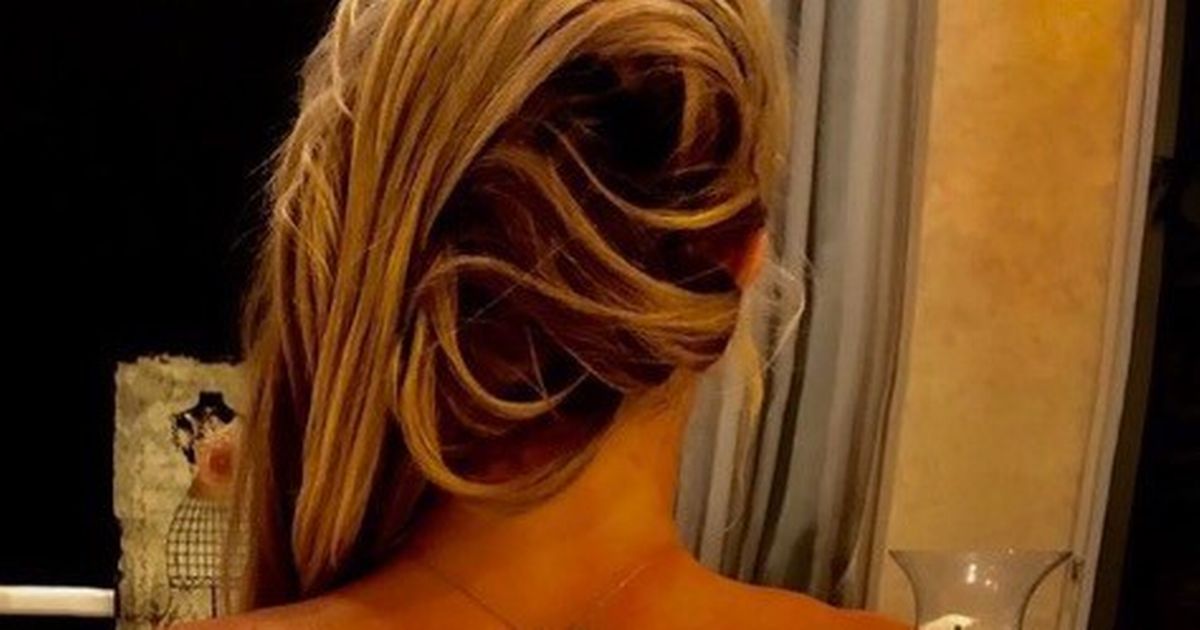 And on Friday, the “Oops!…I Did It Again” singer, 39, continued to show off her sizzling hot style by posting a photo of herself rocking only a pair of ripped denim shorts.

In the picture, what appears to be a white top can be seen strewn on the floor as Spears covers her bare chest with her hands.

The post come two weeks after Spears clapped back at “haters” who criticized a topless photo of the pop superstar posing with her back and neck facing the camera.

After several commenters wondered why her tattoos appeared to be missing and questioned if the woman in the picture was actually Spears, she wrote on her Instagram, “Ok so … I edited out my tattoo on my neck cause I wanted to see what it would look like clean 🤷🏼‍♀️🤷🏼‍♀️🤷🏼‍♀️ … and yeah I like it better so while you guys are talking behind my back go ahead and kiss my ass haters 😘🍑 !!!!!

Her response was posted alongside a graphic that read: “While you’re talking behind my back feel free to bend down and kiss my ass.”

Spears has not been afraid to speak out against her detractors amid developments in her ongoing conservatorship battle. A source recently told PEOPLE that the singer — who was allowed to hire a new attorney earlier this month — is “doing well and staying focused” and feels “like she finally has a voice.”

“She is very involved and aware of all the conservatorship developments,” the source said. “She feels like things are moving in the right direction. She feels like she finally has a voice.”

“She is beyond grateful for all the support. She is also very hopeful that there will be huge changes,” the insider added.

Spears was also recently was granted permission within her conservatorship to drive again — something a source told PEOPLE this week makes her “happy.”

“Britney is very happy the conservatorship is now allowing her to drive,” a source close to Spears said. “She is ecstatic and beyond grateful for all the help she is receiving right now.”

UK: Young, healthy adults will be paid £4,500 to be deliberately infected with…