If You Dream About This, Call Your Doctor Immediately 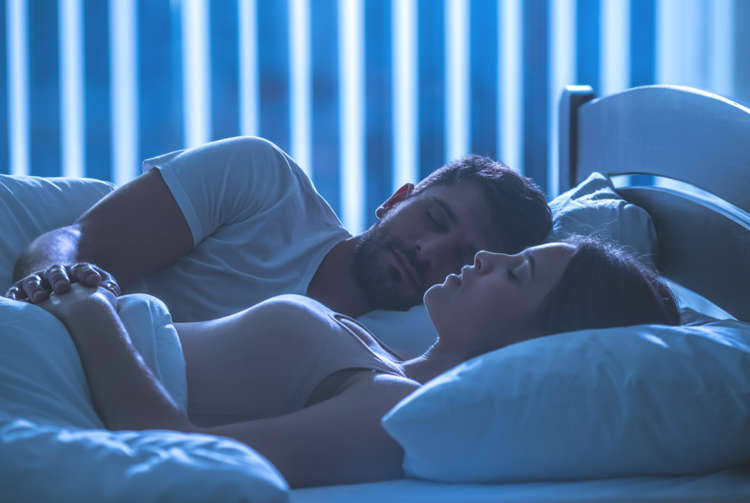 As you dream, your brain sifts through your memories, thoughts, and feelings. And while most people are aware that dreams can serve as a window into our cognitive states, fewer realize that they can also shed light onto aspects of our physical health. Experts from the Sleep Cycle Center (SCC) say that in particular, your dreams may be able to alert you to a potentially dangerous disorder that occurs in sleep. That’s because as your brain subconsciously processes your physical symptoms, it can conjure dreams that reflect them.

The SCC warns that if you notice this theme reoccurring in your dreams, it’s time to call your doctor to be evaluated for a serious health condition. Read on to find out which dream may mean a serious physical problem, and which other symptoms to look out for.

If you have these types of nightmares, it may be a sign of sleep apnea.

Obstructive sleep apnea (OSA) is the most common sleep related breathing disorder, currently affecting roughly 18 million American adults. It occurs when the muscles in the throat relax while sleeping, temporarily blocking the airways and causing pauses in your breathing.

Though many people with obstructive sleep apnea are unaware of their symptoms, experts say your dreams may tip you off to the problem. According to the SCC, if you have sleep apnea, you’re more likely to have “vivid nightmares” that symbolize your distressed breathing—your brain’s way of alerting you to the threat. “Common types of nightmares for those with apnea include dreams about strangulation and choking, dreams about trying to breathe while underwater or in space, and dreams about clogged pipes and being stuck in an elevator,” explain their experts.

In fact, those with OSA tend to have more nightmares overall—even when they don’t specifically conjure the condition’s symptoms. One study published in the Journal of Clinical Sleep and Medicine found that “patients with sleep apnea have dreams that are more negative emotionally than do people without apnea.” If you notice dreams of this nature, you should tell your doctor about them and be evaluated for other signs of sleep apnea.

These dreams may also affect your well-being during the day.

Experiencing nightmares like these as a result of sleep apnea may also affect your waking life, says the SCC. “Sleep apnea sufferers also reported that these nightmares could have significant negative impacts on their days after they woke from them. Daytime anxiety and daytime depression are commonly experienced by those with sleep apnea who experienced vivid nightmares,” their experts warn.

Research shows that these mental health symptoms are often the direct result of excessive daytime sleepiness (EDS), which is “one of the cardinal symptoms” of sleep apnea. “Studies have shown high rates of depression among patients with OSA in both community and clinical populations,” notes a September study published in the journal Frontiers in Psychology.

Those with sleep apnea are less likely to remember their dreams.

Though nightmares that conjure the sensation of labored breathing may be the result of sleep apnea, the SCC also says you’re overall less likely to remember your dreams if you have the condition. “A study recently found that only 43.2 [percent of] people with sleep apnea remembered their dreams compared to 71.4 [percent of] of those without sleep apnea,” their team explains.

Evidence suggests that this lack of dreaming occurs because apnea can disrupt the sleep cycle, minimizing your time spent in the rapid eye movement (REM) sleep state. In fact, a 2017 study published in the journal Current Opinion in Pulmonary Medicine has verified that while sleep apnea can occur during any stage of sleep, it occurs most commonly during the REM stage. The researchers behind that study explain that “there is an increased tendency for upper airway collapse during REM sleep due to the decreased tone of the genioglossus muscle in the tongue” during this stage.

Look out for these other symptoms of obstructive sleep apnea.

According to the Mayo Clinic, there are several other symptoms which could alert you to having obstructive sleep apnea. These include sudden waking, daytime drowsiness, headache upon waking, or having a dry mouth or throat in the morning. Many people with sleep apnea also experience decreased libido, high blood pressure, and difficulty concentrating, their medical experts say.

Additionally, snoring is a common symptom of OSA. “Snoring doesn’t necessarily indicate something potentially serious, and not everyone who snores has obstructive sleep apnea,” notes the Mayo Clinic. However, their experts say you should “talk to your doctor if you snore loudly, especially if your snoring is interrupted by periods of silence. With obstructive sleep apnea, snoring usually is loudest when you sleep on your back, and it quiets when you turn on your side,” they note.

Speak with your doctor if you notice these or any other symptoms of sleep apnea—including vivid nightmares that leave you gasping for breath. They may prescribe a CPAP airway pressure device or recommend other interventions to help you sleep—and dream—more soundly.

3 reasons behind the crypto crash that dragged Bitcoin below $50K