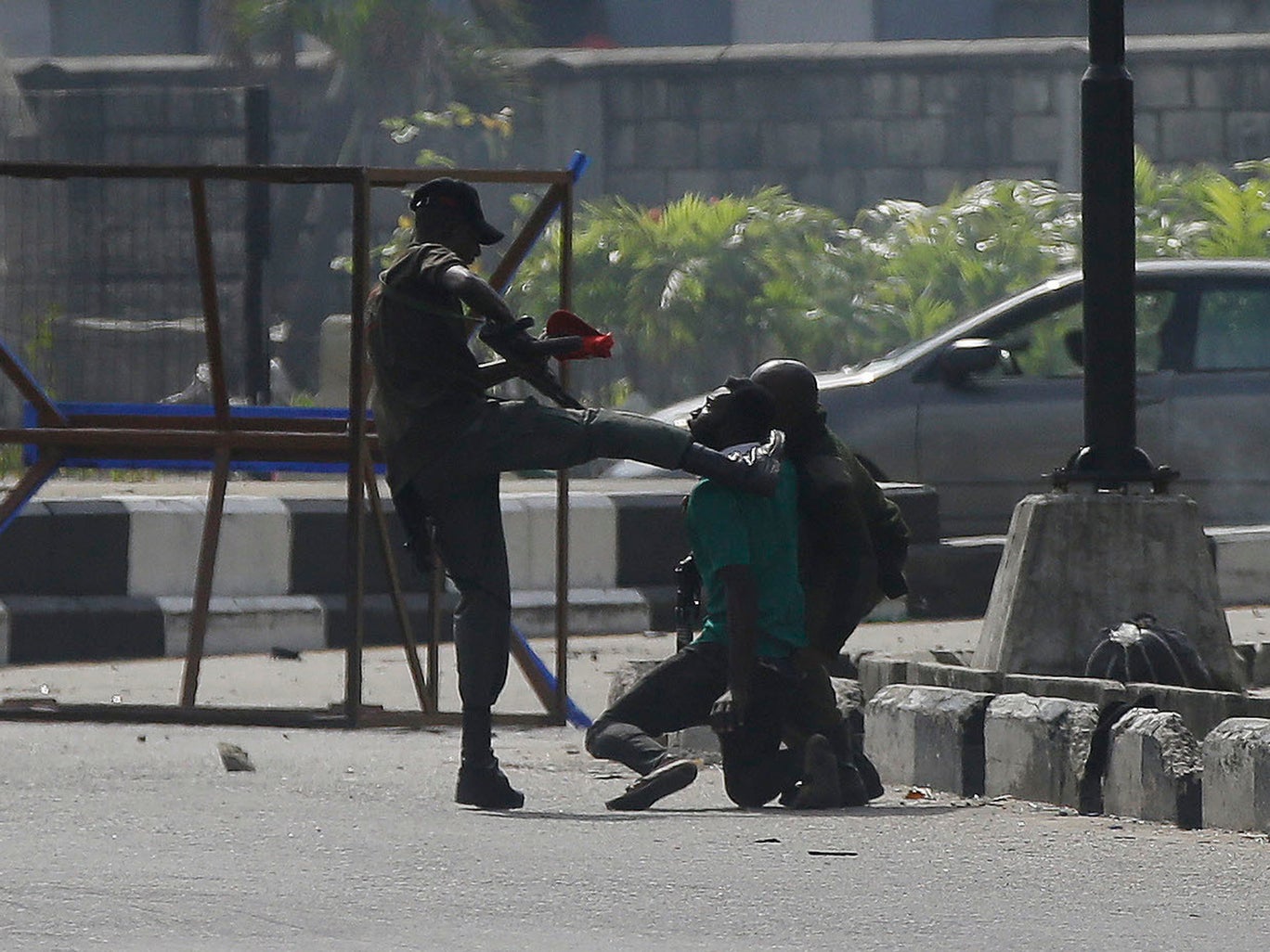 The UK government provided training and equipment to a notorious police unit in Nigeria accused of torture and extrajudicial killings, one of Boris Johnson’s ministers has confirmed.

The minister for Africa James Duddridge admitted British officials had trained officers from the now-disbanded Special Anti-Robbery Squad (SARS) between 2016 and 2020 – having initially denied any ties.

In a letter sent to Labour MP Kate Osamor on Thursday, the minister said SARS officers had participated in training “designed to improve human rights, training on public finance, and community policing workshops”. He also confirmed radio equipment was given to Nigerian police which was then used by SARS.

Ms Osamor – who had demanded the UK government reveal any ties to SARS – told The Independent: “It is shocking that in the middle of global protests to End SARS our government appears to have had no idea whether or not it was funding those very units.”

The MP said she had been told “categorically” by the minister earlier this month that no funding ever made its way to SARS units. “The government has now been forced to admit that it not only spent millions training SARS but also directly supplied them with equipment.”

She added: “The government now needs to explain how and why it ever felt it was appropriate to train and equip security forces which were known to have taken part in torture and extra-judicial killings.”

The End SARS movement emerged in Nigeria during early October in revolt against police brutality. Activists demanded the disbandment of the unit – accused by Amnesty International of torture and extra-judicial executions – after footage showed a man being beaten by an officer.

The unit was disbanded on 11 October, but protests have persisted as Nigerian citizens demand wider law enforcement reform. Nigeria received global condemnation after its security forces opened fire on hundreds of peaceful demonstrators in Lagos last week – killing at least 12 people, according to Amnesty.

Mr Duddridge initially claimed in a letter to the Labour MP – dated 19 October – that the Foreign Office “does not provide and has not provided any support or training to SARS units or officers”.

However, in his most recent reply, the minister admitted UK training was given to SARS through the Foreign Office’s Conflict, Stability and Security Fund (CSSF) until March 2020. The Conservative MP said he had asked officials to go back and make a “deep dive” in funding streams.

Mr Duddridge said of the training: “This was in support of our wider objectives to strengthen the capability, accountability and responsiveness of the Nigerian Police Force.”

British radio equipment was also supplied to Nigerian police through a separate fund, which the minister confirmed was used by SARS units.

Last week The Independent revealed that the College of Policing – the professional body for police in England and Wales – had worked with the Nigerian authorities to train its security officers during 2019.

A spokesman for the body said British officers had “provided some law enforcement officers in Nigeria with training to improve standards, however this did not involve public order training”.

“Whether the training has included human rights or not, such funding clearly warrants independent investigation not least because serious abuses persist. Any training the UK provides to military and police abroad must be accountable.”

The Campaign Against Arms Trade (CAAT), meanwhile, has called for a review of all UK training that has been provided for the Nigerian police and military.

Governor Schwarzenegger’s Message Following this Week’s Attack on the…