Military on alert over Trump’s martial law threat: ‘The craziness is unprecedented’ 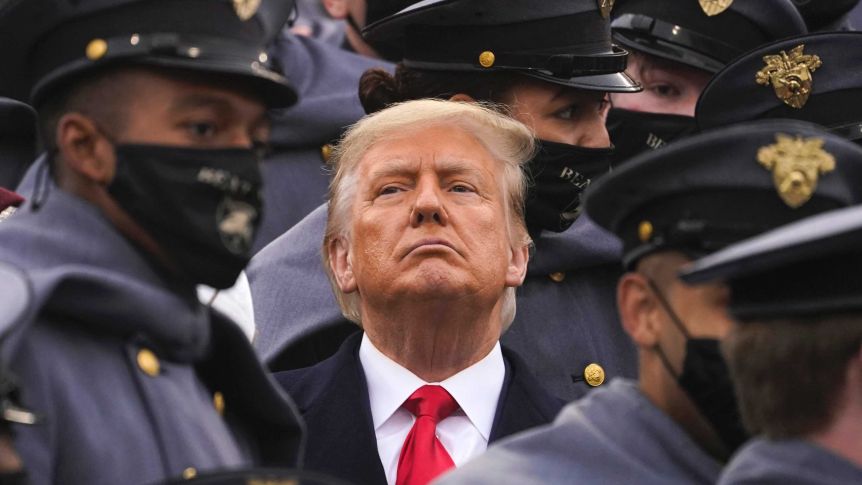 According to a new report, ranking officers have discussed what they would do if the president declared martial law.

President Donald Trump has filed lawsuits after losing the 2020 presidential election and refuses to acknowledge the defeat. A new report claims military leaders have discussed their plan of action if POTUS were to declare martial law toward the last days of his term.

According to the Washington Post, national security and election law experts assert Trump cannot declare martial law, however are alarmed by the possibility.

“This is really dangerous stuff to start playing with,” Rachel Kleinfeld, a national security expert at the Carnegie Endowment for International Peace told the Post. “You cannot normalize extrajudicial action outside the rule of law and believe democracy will hold. Democracies are fragile, even ours.”

“If you have martial law,” Kleinfeld continued. “You have total suspension of the Constitution. So that’s a coup, and a coup in this country is not going to happen.”

Although experts do not believe the unprecedented move is possible, a report claims the military is still preparing for the unknown. According to a Newsweek exclusive story, the Pentagon is on red alert and ranking officers have discussed what they would do if the president decided to declare martial law. One officer anonymously detailed the nature of the planning.

“I’ve been associated with the military for over 40 years and I’ve never seen the discussions that are being had right now, the need for such discussions,” the unidentified source said.

“At this point, there’s no telling what the president might do in the next month,” said a former Northern Command (NORTHCOM) commander, who, according to the outlet is actively advising senior officers. “Though I’m confident that the uniformed military leadership has their heads screwed on right, the craziness is unprecedented and the possibilities are endless.”

While still in office, Trump has issued several dozen pardons. As theGrio reported in the past week, POTUS has issued 49 pardons and clemencies to his allies. Among those pardoned include former campaign chairman Paul Manafort, former national security adviser Michael Flynn and campaign adviser George Papadopoulos.

Despite the Supreme Court dismissing Trump’s attempts to overturn the results of the election in four states, he insisted “It’s not over,” according to theGrio.

Various defense leaders from the Pentagon informed Newsweek that the military has no role to play in the outcome of the election.

Oprah Winfrey falls on stage and laughs It off

Taliban warns women to stay indoors, say their fighters are not trained to respect…

I prefer death to imprisonment – Teenager who set girlfriend ablaze