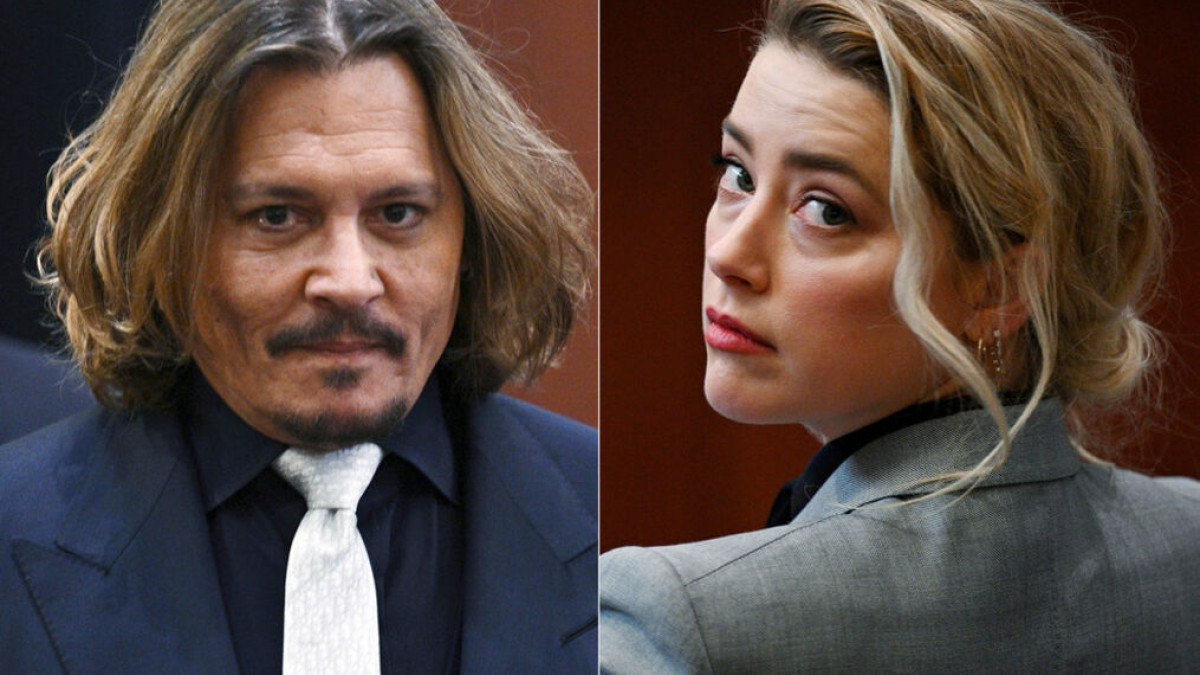 The verdict is in — and it’s a big win for Johnny Depp. After three days of deliberations, the jury determined Amber Heard made defamatory statements about the Pirates of the Caribbean star when she wrote an op-ed about surviving sexual and domestic violence. Heard, who countersued for defamation, won just one of three counterclaims against the actor. Each accused the other of abuse and destroying their career.

Heard, dressed in all black, was in court when the verdict was announced while Depp was in the U.K. She kept her eyes down and appeared stoic as it was read.

“The disappointment I feel today is beyond words. I’m heartbroken that the mountain of evidence still was not enough to stand up to the disproportionate power, influence, and sway of my ex-husband,” Heard tells Yahoo Entertainment in a statement.

“I’m even more disappointed with what this verdict means for other women. It is a setback. It sets back the clock to a time when a woman who spoke up and spoke out could be publicly shamed and humiliated. It sets back the idea that violence against women is to be taken seriously,” she continues. “I believe Johnny’s attorneys succeeded in getting the jury to overlook the key issue of Freedom of Speech and ignore evidence that was so conclusive that we won in the U.K. I’m sad I lost this case. But I am sadder still that I seem to have lost a right I thought I had as an American – to speak freely and openly.”

For six weeks, the jury, comprising five men and two women, heard testimony from witnesses, including Depp and the Aquaman star, who painted two completely different pictures of their tumultuous relationship. Although this was a defamation case, the issue at the center of it all was whether Depp abused Heard at any point, even once, during their four years together. It seems the jury doesn’t believe he did.

Depp sued Heard for $50 million over a 2018 op-ed she wrote in the Washington Post describing herself as a survivor of abuse. Specifically, there were three parts of the article that the Pirates of the Caribbean star claimed to be defamatory and he won all of them:

Amber Heard: I spoke up against sexual violence — and faced our culture’s wrath. That has to change.” (The title of the online article.)

“Then, two years ago, I became public figure representing domestic abuse, and I felt the full force of our culture’s wrath for women who speak out.”

“I had the rare vantage point of seeing, in real time, how institutions protect men accused of abuse.”

Depp was awarded $15 million: $10 million in compensatory damages and $5 million punitive. However, punitive damages in Virginia are capped at $350K, so Depp is awarded $10.35M in total.

Heard countersued for $100 million claiming Depp’s attorney Adam Waldman, while acting on behalf of her ex-husband, made defamatory claims about her. Heard sued over three specific statements Waldman made to the press. She won on the second statement:

Ashley Graham: After Giving Birth, I Had to Relearn How to…

Amber Heard and her friends in the media use fake sexual violence allegations as both a sword and shield, depending on their needs. They have selected some of her sexual violence hoax ‘facts’ as the sword, inflicting them on the public and Mr. Depp.

Quite simply this was an ambush, a hoax. They set Mr. Depp up by calling the cops but the first attempt didn’t do the trick. The officers came to the penthouses, thoroughly searched and interviewed, and left after seeing no damage to face or property. So Amber and her friends spilled a little wine and roughed the place up, got their stories straight under the direction of a lawyer and publicist, and then placed a second call to 911.

[We] have reached the beginning of the end of Ms. Heard’s abuse hoax against Johnny Depp.

Heard was awarded $2 million in compensatory damages and received no money for punitive damages.

Depp issued the below statement after Wednesday’s victory:

Six years ago, my life, the life of my children, the lives of those closest to me, and also, the lives of the people who for many, many years have supported and believed in me were forever changed.

All in the blink of an eye.

False, very serious and criminal allegations were levied at me via the media, which triggered an endless barrage of hateful content, although no charges were ever brought against me. It had already traveled around the world twice within a nanosecond and it had a seismic impact on my life and my career.

And six years later, the jury gave me my life back. I am truly humbled.

My decision to pursue this case, knowing very well the height of the legal hurdles that I would be facing and the inevitable, worldwide spectacle into my life, was only made after considerable thought.

From the very beginning, the goal of bringing this case was to reveal the truth, regardless of the outcome. Speaking the truth was something that I owed to my children and to all those who have remained steadfast in their support of me. I feel at peace knowing I have finally accomplished that.

I am, and have been, overwhelmed by the outpouring of love and the colossal support and kindness from around the world. I hope that my quest to have the truth be told will have helped others, men or women, who have found themselves in my situation, and that those supporting them never give up. I also hope that the position will now return to innocent until proven guilty, both within the courts and in the media.

I wish to acknowledge the noble work of the Judge, the jurors, the court staff and the Sheriffs who have sacrificed their own time to get to this point, and to my diligent and unwavering legal team who did an extraordinary job in helping me to share the truth.

The best is yet to come and a new chapter has finally begun.

Depp was not in attendance at the Virginia courthouse but watched from the U.K. A source close to the actor tells Yahoo Entertainment he had “previously scheduled work commitments” that were “made before the trial.”

“Your presence shows where your priorities are. Johnny Depp plays guitar in the U.K. while Amber Heard [waited] for a verdict in Virginia. Depp is taking his snickering and lack of seriousness on tour,” a spokesperson for Heard told Yahoo ahead of the verdict.

Depp said when the trial began that he wanted to clear his name for himself and for his family and this is certainly a start. The actor has maintained for six years that he never abused Heard. In 2020, the actor suffered a blow when he lost a similar trial in the U.K., but that might all be moot now.

Depp won in the court of public opinion, too. Throngs of supporters flocked the courthouse daily just to catch a glimpse of him. Social media is overwhelmingly supportive of the actor with #JusticeforJohnny trending daily. Heard is dealing with an entirely different situation online and this ruling won’t help.

“I am harassed, humiliated, threatened every single day. Even just walking into this courtroom, sitting here in front of the world, having the worst parts of my life, things that I’ve lived through used to humiliate me. People want to kill me and they tell me so every day. People want to put my baby in the microwave, and they tell me that,” she declared in court. “It’s been agonizing… painful, the most humiliating thing I’ve ever had to go through.”

The jury is still out on where Hollywood lands after this wild trial and if Depp’s career will be resurrected.Yahoo

UK: Young, healthy adults will be paid £4,500 to be deliberately infected with…

Cat vanishes under Priest’s cassock during an online sermon